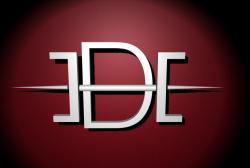 Human Development Systems is an elite fitness training and conditioning center, providing clients with a highly challenging and educational training environment. Athletic development, sport-specific training programs, weight management and injury prevention methods are all focused around the three principals of training, nutrition and education. By combining body, mind and science into personalized programs tailored to individual needs, we strive to teach our clients to be able to build, fuel and apply themselves during training sessions in order to not only be conditioned athletes and intense competitors, but to also be great leaders on their teams and in their communities. We pride ourselves on our ability to teach, motivate, inspire and help every client we work with to unleash their potential. We believe in complete athletic development. Our training and developmental goals are based on improving performance, decreasing injury potential, and helping athletes reach their goals. Athletic development includes all activities which enhance athleticism and sports performance. These include strength, power, speed, agility, mobility, flexibility, endurance, durability, balance and stability. To maximize each of these aspects takes careful programming based on scientific research. We believe that all the systems in the body play an important role in maximizing biological power. We use an integrated approach, but base our methodology on clinical application and results

Your get out of training exactly what you put in...create your destiny.