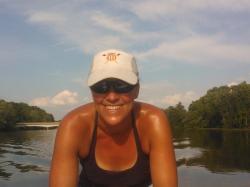 Over the last 20 years I have developed young and adult athletes, students at the club, high school, collegiate, and international level. During that time period, I have been able to instill my signature philosophy of the three P’s – Prior Proper Planning – in order to teach athletes and coaches about time management, organization, professionalism, communication and etiquette. I am balanced, organized, disciplined, and have solid listening and communication skills. I am truly engaged by new challenges and have the ability to adapt to change quickly. Due to these assets and experiences, my goal is to teach you or your friends the basic fundamentals to proper fitness exercises in order to obtain a balanced healthy physical program. My experience in teaching varies from age 12 to 65. My range of fitness classes are weight training, body sculpting, stretch and flex, beginning and intermediate swimming, water aerobics and walking/running conditioning class. I can train and teach you at the gym or outside.