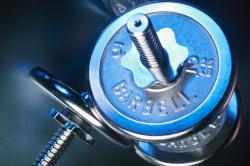 Since 1979, Phil Robb Fitness™ has been helping individuals from all levels of health and fitness, and from all walks of life, get into the very best shape of their lives. Our extensive array of health, fitness, nutrition and wellness services are effective, exclusive, innovative, motivational, fun and affordable! All of our custom-designed programs are founded on a solid base of advanced knowledge, superior skills and extensive experience. Each program that we create, regardless of its complexity or simplicity, carefully considers and utilizes the numerous kinesiological, physiological and nutritional factors inherent to each participating client. Our renowned personal training programs can be developed for individuals, couples, small to large groups, businesses and organizations. As a valued Phil Robb Fitness™ personal fitness training client, we can help you improve your strength, flexibility, endurance, posture, balance, coordination, cardiovascular health and overall physical appearance. You can lose body fat while developing lean healthy muscle mass, tone and firm, rehabilitate from an illness or injury, train for a specific sport or event, or participate in one of our extremely effective weight management programs. All of our services are provided on a by appointment only basis, and are always scheduled to your convenience. Consultations and personal training can be conducted in the comfort and privacy of your own home, at your office, at an outdoor training location, or at any other place of your choosing. Don’t wait another minute to get started on the new you! Call Phil Robb Fitness™ right now for more information and to arrange your initial consultation! Reaching the level of personal health and fitness that you've always dreamed of is no easy task. Trying to get there all by yourself can make your fitness journey a difficult, confusing and extremely frustrating trip. Don't go it alone: let Phil Robb Fitness™ help you build and maintain a strong, fit, healthy and attractive body.